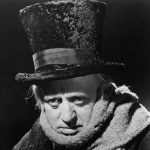 There are two movies that have been Christmas traditions at my house for as long as I can remember, “It’s A Wonderful Life” and “A Christmas Carol” (the 1951 English version with Alastair Sim as Scrooge). I remember growing up in New Jersey, on Christmas Eve after my brother and sister and I had gone to bed hearing the moaning of the ghost of Jacob Marley wafting up the stairs from the TV below as my parents wrapped presents.

This was long before YouTube or DVDs or VHS. If you wanted to watch a Christmas classic back then you had to hope one of your local over-the-air channels had it scheduled at a time that was convenient. 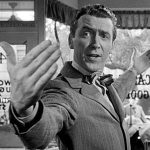 It was some years later that “It’s A Wonderful Life” became a part of our Christmas viewing traditions. A clerical error allowed the copyright on the movie to lapse in 1974, though the story it based on, “The Greatest Gift,” was still under copyright, so TV stations had to pay some royalties to air it, but not nearly as much if the film itself was under copyright. So “It’s A Wonderful Life” was aired seemingly everywhere every Christmas season until 1993 when the copyright again went into effect. 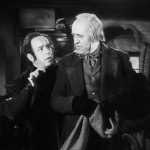 Both of these movies are stories of redemption and they employ similar devices. There are heavenly messengers; Clarence Oddbody (Angel Second Class) and the ghosts of Christmas Past, Present and Future. Flashbacks and scenes from alternative futures (and presents in the case of a world in which George Bailey had never been born) are heavily relied upon in each.

To a casual observer it may seem that the biggest difference in these stories is between the main characters, Ebenezer Scrooge and George Bailey. Scrooge was, to quote Charles Dickens, a “squeezing, wrenching, grasping, scraping, clutching, covetous old sinner.” And George Bailey seemed like a great guy. He gave up his college money to his brother and stayed in Bedford Falls to work at the Bailey Brothers Building and Loan after his father died. 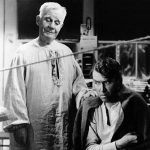 He sacrificed to keep the business going “if only to have some place where people can come without crawling to Potter.” But it was Potter who truly understood George. He told George “You used to be so cocky! You were going to go out and conquer the world! You once called me a warped, frustrated old man. What are you but a warped, frustrated young man? A miserable little clerk crawling in here on your hands and knees and begging for help.”

Before being visited by the Christmas ghosts it was pretty obvious that Scrooge was not a good man, that he needed to be redeemed. It wasn’t so obvious in George’s case. On the outside he seemed like a great guy. But inside he was resentful. In the scene at Mary’s house where George and Mary are on the phone with Sam Wainwright George says, “I want to do what I want to do.” The fact that for most of the movie George does not get to do what he believes he wants to do says a great deal about what’s going on inside of this character.

The change in Scrooge is, arguably, more dramatic. That may have more to do with the fact that “A Christmas Carol” shows us more of Scrooge after his redemption experience. He wakes up on Christmas morning to discover that the Christmas ghosts had done their work all in one night. One of my favorite scenes of any movie is the final scene in “A Christmas Carol,” where Bob Cratchit comes in to work late on the day after Christmas. Scrooge informs him that he’s going to raise his salary. And then Scrooge cannot contain his own joy and berates himself, “I don’t deserve to be so happy. But I can’t help it.” That’s where I most identify with old Ebeneezer.

In “It’s A Wonderful Life” we see very little of George after his redemption experience. He goes back home, now truly joyful and grateful for all that he actually does have, mostly his relationships. He does utter one significant phrase that demonstrates the change that has taken place in him. He’s back on the bridge where he first encountered Clarence and he’s calling out to the angel, “Help me Clarence. Get me back. Get me back. I don’t care what happens to me. Only get me back to my wife and kids.” At that point George exists again, and perhaps, truly exists for the very first time. 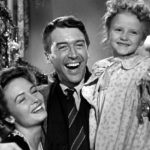 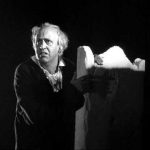 Whichever of these two characters seems most like us, both teach a vital lesson, especially at this time of year. We all are in need of God’s redemption and without it we are never truly able to appreciate all of His many blessings.