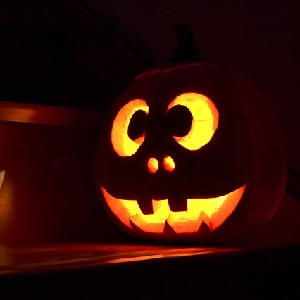 OK, I know, there are some people who are dead set against celebrating Halloween. They see it as intrinsically evil, something to be avoided at all costs. I am not among that number. Growing up, Halloween was always a day we looked forward and celebrated vigorously. The celebration included decorating pumpkins, choosing costumes and trick-or-treating, for hours.

Of course, that was back in the day when kids roamed the streets on their own all year long. We’d walk to and from school in the morning, back home for lunch and then back to school and home again at the end of the day. We’d go to the movies on our own, walk or ride our bikes to our Little League games, and enjoy games of army or cowboys and Indians that encompassed the entire neighborhood. All of that without benefit of adult supervision once we got to be 7- or 8-years-old. So trick-or-treating on our own till well after dark was no big deal. 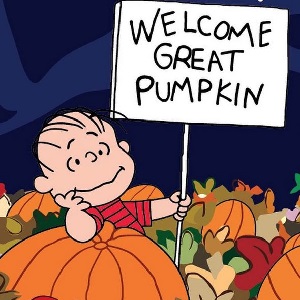 Growing up in North Jersey Halloween was also a sign that Autumn was fully here. The leaves had changed color and many had fallen. Most afternoons the air was crisp with the aroma of burning leaves wafting on the breeze. It was a truly glorious time of year.

This week I share pictures from quite a few years taken at Halloween.

The first two are from the early to mid 1960s in New Jersey, probably Cranford. There’s Mike as some long forgotten cartoon mouse, Margaret and me as a skeleton. Those costumes were all the rage back then. A thin full body costume that tied in the back and a mask held on with a thin rubber band that invariably broke after the first two blocks of trick-or-treating. The second is almost definitely from Cranford. It’s Dad and Aunt Dolores. Dad is holding a mask of Heckle or Jeckle. Mike and I wore those costumes that same year. The masks were so long that the beaks stabbed us in the chest so Dad took the scissors to them. 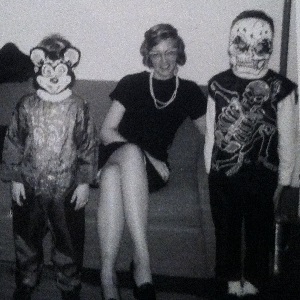 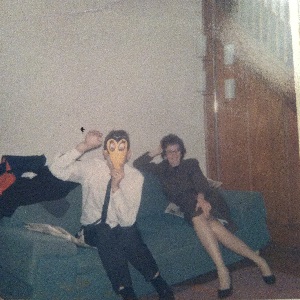 Next, Halloween 2011 with Toby and Travis. Toby is War Machine from Marvel Comics and Travis is Robin. 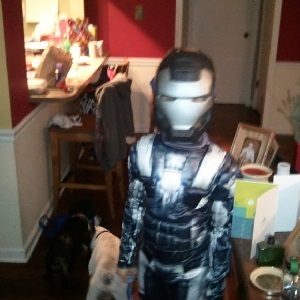 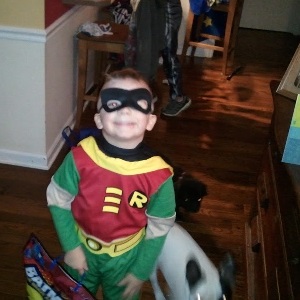 The next three are of Shannon and Sean, or Sparky. I’m not sure of the years on any them. We start with Shannon as a spooky ghost, then Sparky as a pumpkin and Shannon as a clown. 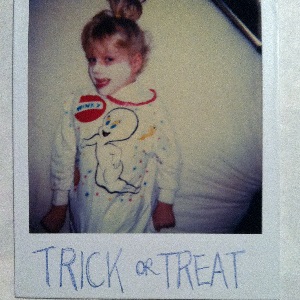 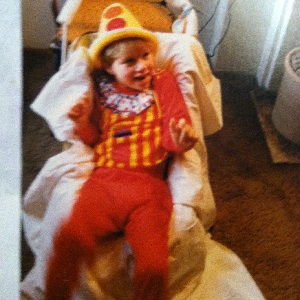 Here’s Toby and Travis from Halloween 2013. Toby is Link from The Legend of Zelda and Travis is The Joker. 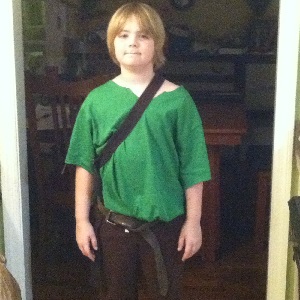 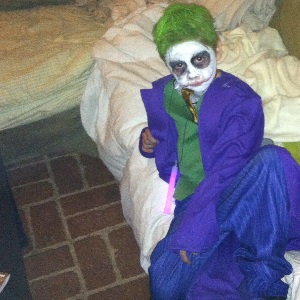 For Halloween 2015 Travis dressed as Star Lord from Guardians of the Galaxy, Brandi and Caleb were zombies (Trenton wasn’t sure what to think) and Toby was Connor from Assassin’s Creed. 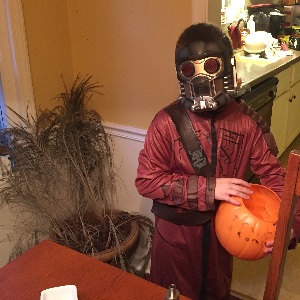 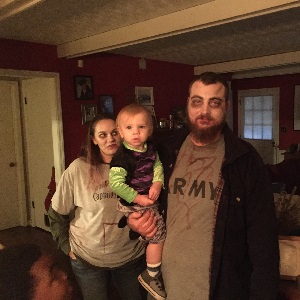 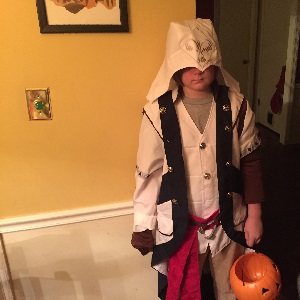 In 2016 Brandi was a zombie (I think), Trenton and Travis were Luigi and Toad from the Nintendo Mario Brothers games and Caleb was a skeleton. His mask had red liquid in it and a little tube connected to a squeeze ball that made the “blood” ooze around in the mask. 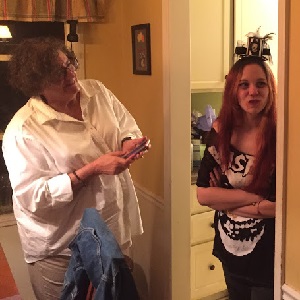 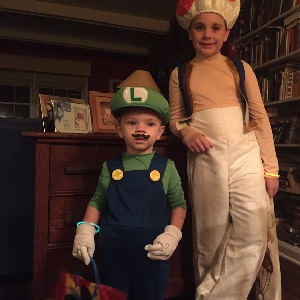 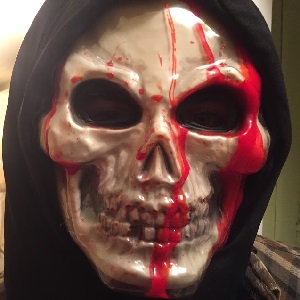 These two I pulled down from social media just the other day. Since Halloween 2017 is on a Tuesday, people have been having their parties since Friday. Meg is dressed as (I’m guessing) the Scarecrow from Wizard of Oz. And then there’s Bill and Deb. Bill is an 1930s era gangster and Deb is the devil. 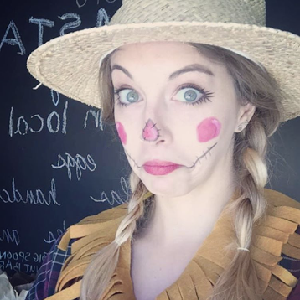 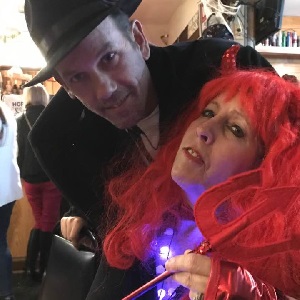