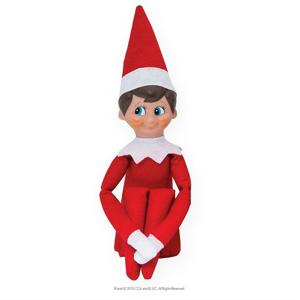 Over the past few years things have become rather hectic at the North Pole. Santa has had to enlist some special helpers. Oh sure, he still sees you when you’re sleeping and knows when you’re awake. And of course, he knows when you’ve been bad or good (so be good, for goodness sake). But he’s added an extra level of surveillance.

Known as a group by the name Elf on a Shelf, these specially trained, extra tiny elves are deployed every year between Thanksgiving and Christmas to give Santa detailed reports on children all over the world.

They’re stealthy little creatures, dressed in red suits and hats with white trim and white gloves (so as to not leave any fingerprints). They take a new vantage point every day, sometimes hidden, sometimes right out in the open. Whether you see them or not, you can be assured that they see you. And they’re reporting everything back to Santa.

I first become aware of these elves when Fred showed up to keep an eye on my grandsons, Toby, Travis and Trenton, shortly after they returned with Caleb and Brandi from a couple of years in Japan. Of course, at that point Trenton hadn’t yet been born.

I managed to get a few photos of Fred over the years. An elf in the Elf on a Shelf group is assigned to the same family every year. These photos are from 2010 – 2013, all taken in December of those years. 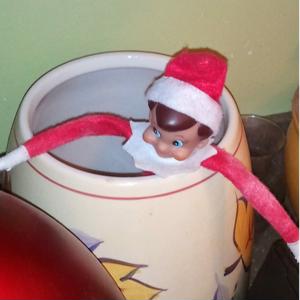 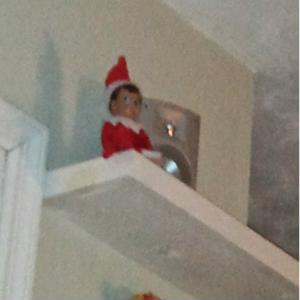 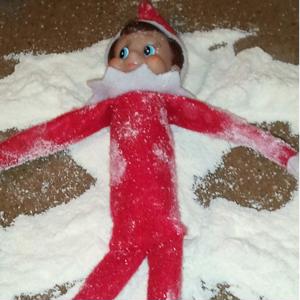 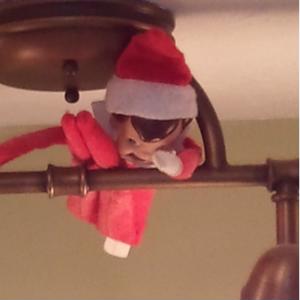