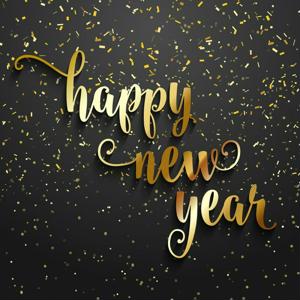 Good riddance 2017. Yes, there were some good times in the year we’re saying good-bye to. But the bad times were extreme and seemed to be piled one on top of the other. A cancer diagnosis and surgery and radiation treatments for Teri. The deaths of Sean “Sparky” Romick and Robert “Pap” Romick.

Those were the three biggies this year, but there were others, including marriages falling apart, financial difficulties, auto accidents, hospitalizations, the usual dark days. That’s not to say there weren’t bright spots, there were. Engagements, birthdays, anniversaries, reunions, holidays all served to lighten the year.

But those big three dark events outlined in the first paragraph will mean I remember 2017 as the year I would rather forget. Yet, to forget or deny the bad somehow seems like it would degrade all that was good. So we accept both, giving thanks for the good and thanking God for seeing us through and walking beside us through that which was not so good.

Here’s a little slide show of some of the photos from 2017 that highlight the entire spectrum of the year that was. Happy New Year.

For more photos from 2017 check out this album on my Google pictures gallery.