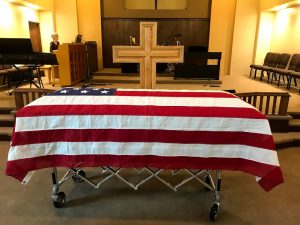 The Pic-A-Week post this week is a little late. I usually publish it on Saturday. But this past Saturday I was on the road home from spending the night at my sister Deborah’s in Cincinnati. Teri, Kelsey and I stopped there on the way back from Martins Ferry, OH where we had attended my dad’s funeral. My father, Robert James Romick, passed away early Sunday morning, October 8, 2017, he was 91, born on December 5, 1925. His funeral was on Wednesday October 11, 2017.

So this first Pic-A-Week post since his passing is dedicated to him. Many knew him as Pastor Bob. He served churches in Pittsburgh, New Jersey and West Virginia from 1957 until just a few weeks before his death. To his friends, siblings and my mom he was simply Bob, and Uncle Bob to his legions of nieces and nephews.

To his offspring, myself, Deborah and Michael, our kids and our kids’ kids he was Pap, or The Pap. That’s a moniker which he gave to himself. He’d often, jokingly I believe, say, “Oh, it’s pick on Pap day.”

Several years ago Pap called me and said he was instituting a new policy. He was going to call me and my brother every other Sunday with us calling him on alternate Sundays. The last time I spoke with him was on October 1, 2017. He was in the hospital at the time. He complained about the dryness of the food and his lack of energy. We spoke for a short time, about 3 minutes, traded “I love yous” and hung up. That was the last time I spoke with him.

Teri and I and two of our grandsons, Toby and Travis, traveled to Martins Ferry and Wheeling in July 2017 for the Romick Family Reunion. We left Mom and Dad’s on July 13, 2017. As we drove away from their house I wondered if I’d see him again. I would not.

I share here the last pictures I took of him as well as several older photos that have always been special to me. Even more so now.

The first is the last picture of us together, taken in his living room in Martins Ferry, OH. The next is the last picture I ever took of him, along with Mom and my nephew Christopher. I’m not sure what they were looking at. I took the third photo here on that trip, at Agape Church in Wheeling on Sunday July 9, 2017, the last time I heard Dad preach. 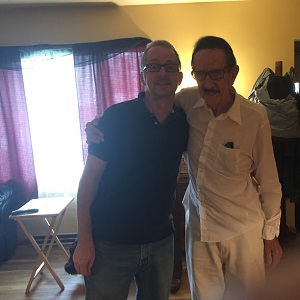 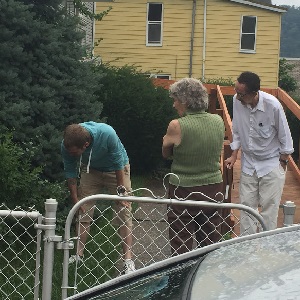 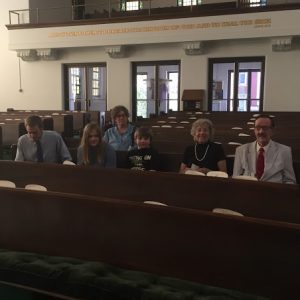 The next two were taken in the basement of Martins Ferry First Baptist Church on Pap’s 90th birthday, December 5, 2015. The first is of Uncle Harold, Aunt Phyllis, Dad and Aunt Margaret. The second is Mike, Deb, Dad, Mom and me, our last family portrait. 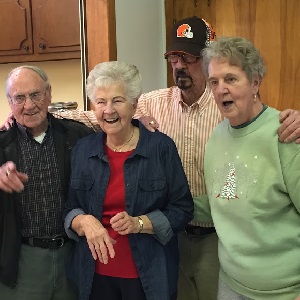 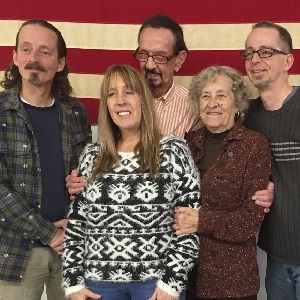 And these final two have long been among my favorites. The first is me, my oldest (and at the time only) grandson, Toby and Pap. It was taken when Toby was about three-years-old, so 2007 or so, when we went to the Renaissance Festival just south of Atlanta. And the last one is from summer 1959 of me and Dad at the “end of a hard day.” 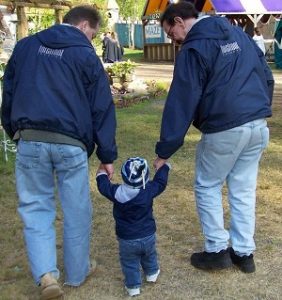 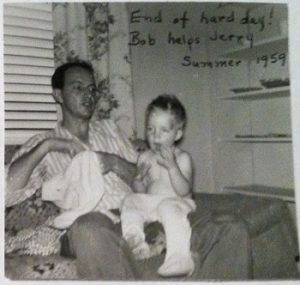