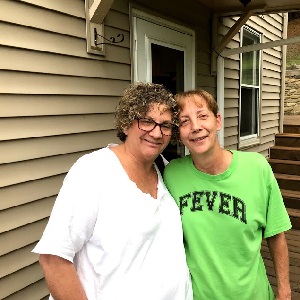 Just over eight months after surgery, Teri had her first post-op mammogram. In between the surgery, Day Thirty-Eight, March 24, 2017 and this procedure Teri underwent radiation treatment and began a medication regimen. The first prescription left her feeling fatigued with hot flashes and severe soreness in her joints.

That medication was replaced with a second prescription. This one had significantly milder side effects. She’ll be on this medication for five years. And she’ll need a mammogram about every six months for the next few years. 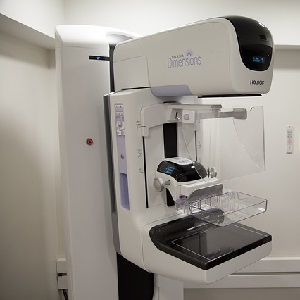 This first post-op mammogram ended with an “everything looks good” result. And that’s exactly what we’d been praying for. She’ll see the radiologist next week, and we’re hoping for a similar report.

And just a friendly reminder, October is Breast Cancer Awareness Month. Find something pink to wear and schedule a mammogram.