Sometimes you have to dig a little to get information. And sometimes that digging pays off. Teri called the lab where she had the genetic testing done on Day Fifteen. She spoke with the technician who had performed the test. The results were in and the tech actually told Teri what they were. 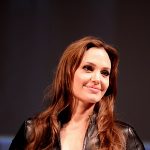 Teri had the genetic testing to see if she carries the mutated BRCA1 and/or BRCA2 genes. Those mutations are present in individuals who suffer from hereditary breast cancer. As we knew, and the surgeon reminded us, those were the mutated genes that actress Angelina Jolie has and led her to have a preventive double mastectomy.

If Teri had the same mutated genes it might affect the recommendations of her medical team. She could still opt for a lumpectomy, but that decision might not be so clear, or simple. 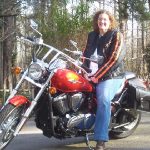 Turns out the test came back negative for the BRCA1 and BRCA2 mutations. That’s as good a result as we could have hoped for. The technician did say some other results were inconclusive, but offered no detailed explanation. I suppose we’ll have to wait to see if that’s information that will impact treatment or not.

So a little of the suspense has been lifted and Teri can ponder her treatment options with a little more information. Hopefully the appointment with the surgeon on March 17 (Day Thirty-One) will fill in the rest of the informational gaps and we’ll come away with a firm plan.