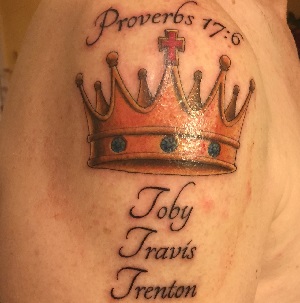 That verse took on special meaning to me on March 5, 2004 with the birth of my first grandchild, Toby. Since then there have been two more, Travis in May 2008 and Trenton in May 2014. Teri and I have been blessed that for the vast majority of their lives the boys lived just a few minutes away. Though in November 2017 Caleb, Brandi and the boys moved from Georgia to Wheeling, WV.

I have hundreds of photos of the boys, but I’ll share just a few here, along with a short video I shot one evening in September 2017 as the boys played games online at our dining room table.

The boys were always (mostly) up to participate in a little video shoot. The first three photos are of each of them posing with my dad’s book, “Been There, Done That” for a promo video I put together for the book. 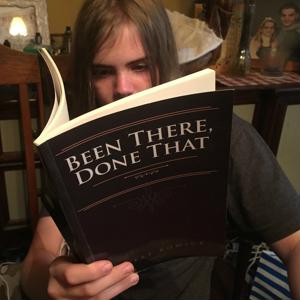 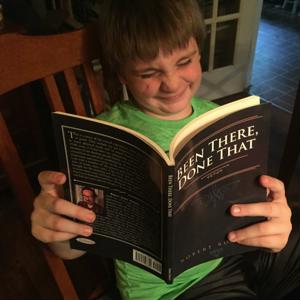 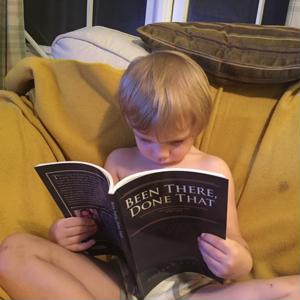 The next three are the boys, Teri, Caleb and Brandi on the way to Mothers Day lunch in 2016 in downtown Newnan, GA. Then the boys enjoying a little Dairy Queen in June 2017. And finally the three brothers in the hospital as Travis and Toby meet their new brother, Trenton. 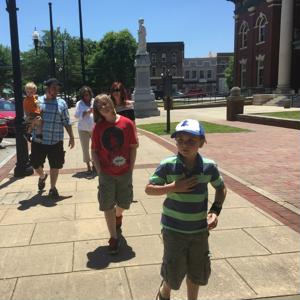 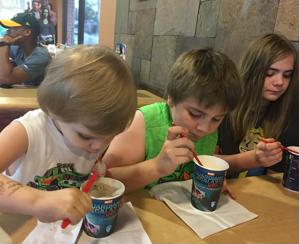 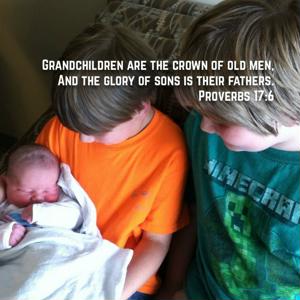