Growing up in New Jersey from 1960 through the summer of 1974 we spent many sunny days on Atlantic Ocean beaches. Though in Jersey we never went to the beach, we went to the shore. 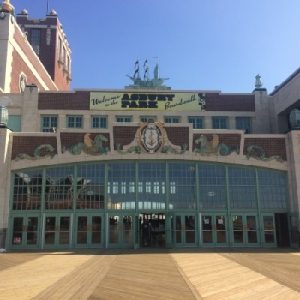 Asbury Park was a favorite, with its sandy beaches and long boardwalk. After moving from New Jersey various groups of Romicks would make the pilgrimage back to the Jersey Shore on occasion, staying on Long Beach Island, NJ.

Though the Jersey Shore wasn’t our only waterside destination. We’d do lakes in Wisconsin and Pennsylvania’s Pocono Mountains. We did the Gulf of Mexico when Kelsey lived in Navarre, FL. And some of us favored the beaches of the Carolinas or Tybee Island, GA.

I share here a few photos of various family members enjoying the sand and surf. The first is Mom and Dad at some unremembered beach. I don’t know exactly when this was taken, though my guess is it’s probably the early 1960s, but who knows. The second is Mom, Grandma Romick and Margaret outside The Clam Hut in Highlands, NJ. My guess is this was a favorite lunch spot when they were visiting the shore. Not sure of the date. 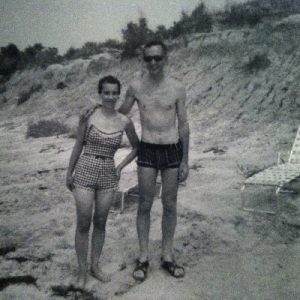 The next two are of Dad. My guess is these two photos were taken at least a decade apart. I’m guessing both were taken somewhere on the Jersey Shore. 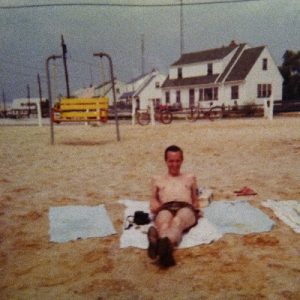 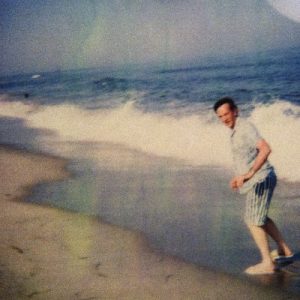 The last two were taken a little further south. Teri and Kelsey on the Gulf of Mexico at Navarre, FL somewhere around 2010 – 2012. The final photo is of Teri and me on the beach at Tybee Island, GA in 2016. 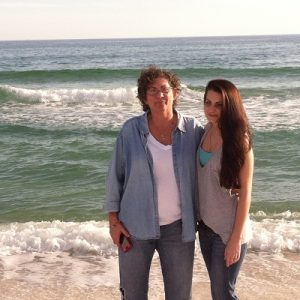 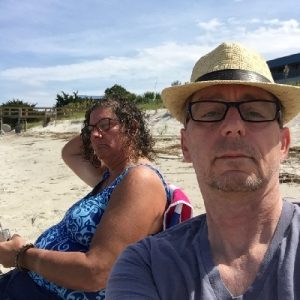