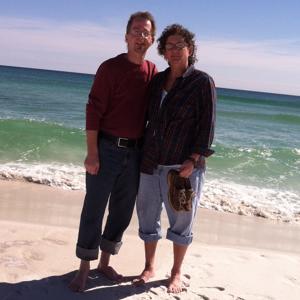 Dan Folgelberg released the single “Longer” on December 18, 1979, which just happens to be Teri’s birthday. Happy coincidence. It was on the album “Phoenix.” It’s Folgelberg’s highest charting single, reaching #2 on the Billboard Hot 100 chart in March 1980, remaining at that position for two weeks. It went to #1 on the Adult Contemporary chart.

I was working at WCPI-FM in Wheeling, WV at the time and played the song quite a bit. I would often play it out of rotation, sneaking it in for special occasions like our anniversary or Teri’s birthday. It was the last song I played on WCPI in the summer of 1983 before moving to Louisville, KY to attend seminary.

There are certain songs which, for me at least, capture the essence of experiences that many of us share to such a degree that they become personal. I shared Bob Bennett’s song “1951” and a video I put together using it with photos of my mom and dad. I shared that video with Bob Bennett and he was very complimentary and even shared it on his social media pages. You can see it here.

On the way home from work the other day “Longer” popped up on my playlist and I got the idea to put together a video to surprise Teri with on our anniversary. Number 41 is coming up on July 15, 2019. I completed it much quicker than I anticipated and couldn’t wait the three weeks to post it. Guess I’ll have to come up with something else for the actual anniversary date.